There are several roads leading to a dream home, as to Rome. We would like to present two of them for you here – along with their advantages and disadvantages.

The dream of having your own house probably haunts everyone’s mind. Families with children in particular plan to move into their own four walls after their first child at the latest. Most of the land is bought and built.

The construction phase will take several months and it may be some time before the topping-out ceremony is celebrated. The faster variant of brick-on-brick construction is the prefabricated house.

More and more Germans are opting for this quick and safe way of having their own dream house put right in front of their noses. The same applies to the extension house variant, with which the homeowner can still lend a hand.

This is what distinguishes a prefabricated house

Prefabricated houses are usually set up by a single manufacturer and handed over turnkey.

Buying a prefabricated house from a reputable provider is a great thing for the future homeowner, as he does not have to deal with different craftsmen such as bricklayers, foremen and roofers, as is the case with normal house construction.

With the prefabricated house there is usually only one contact person.

In addition, the owners can already extensively inspect their future house in the form of a model house and indicate any changes.

The short construction time is of course also a plus for the prefabricated house. There is no tedious waiting – for example for sufficient drying – and as soon as the floor slab and basement are finished, the house rolls up shortly afterwards.

The individual components are cut, treated, painted and varnished regardless of the outside weather. With normal house construction, the construction site often remains tight for weeks when frost and snow move in. Great savings can also be made in personnel costs and the exact scheduling for the move-in also makes the whole thing inexpensive.

An environmentally conscious house made of wood

For many builders, the ecological balance of a prefabricated house is even the decisive argument in favor of this type of construction. Because a real prefabricated house (see above) is built from the renewable raw material wood. Wood is CO2-neutral and also biodegradable.

Prefabricated houses made of wood are now also available in every efficiency house class for which there are subsidies from state banks. This enables you to save a lot of additional costs.

The extension house as an alternative

However , you can save even more money with the extension house. Young families in particular are increasingly choosing this option. With this type of house building, the costs can be kept low by doing your own work.

For example, if the prefabricated house company only puts up the shell of the building and the rest of the house is taken over by the owners. In this way, high financing and construction costs can be saved.

However, the client should know in advance whether he is capable of expanding the sanitary facilities in the house and other work such as laying screed, insulating the outer walls and roofing work.

The laying of the electrical lines in particular requires professional hands. Another variant would be the purchase of a prefabricated house with a ground floor ready for occupancy and an attic floor planned for expansion.

This variant is also significantly cheaper than buying a ready-to-move house. The advantage: the owner has plenty of time to decide when to expand his attic himself.

What is important: In order not to stumble over the so-called pitfalls, every landlord should put everything in writing and have it checked. It is a legal requirement that the purchase of a house is handled by a notary.

A thorough contract review should urgently be carried out by a lawyer, because: Ultimately, a notary only confirms that all legal requirements for signing a contract are met on both sides, nothing more. 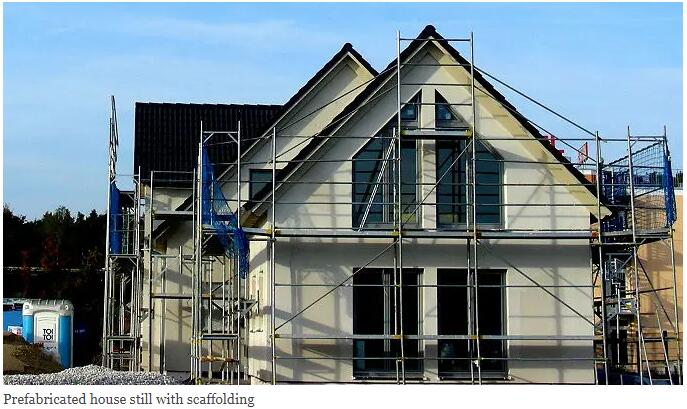